Chapa Express Train is one of the newest train in Vietnam, foundation by National Petrol Corporation and People’s Committee of Lao Cai province on April, 2013. But till June, 2014, Chapa Train just began to run Hanoi – Sapa – Hanoi route officially with the new coaches, luxury furniture and all conveniences. Chapa Train has one coaches (each way) with 07 cabins designed the wood-paneling cabins, air-conditional, reading lights, specially is mattress will be remove after each journey. On Chapa Train, WC is so clearly and separate in end of coach. First-aid box and Hot-Water heater will be served free on board. Staff team of Chapa train trained about language and skills, they can help you until you leave train. Each passenger has drink, snack, cold towel, toothpaste with free in your cabin.
Chapa Train use Chapa Lounch (beside Lao Cai station) as a waiting hall where You can relax after leave train from Hanoi or before get in train in Lao Cai. Staff at Restaurant will serve you to exchange tickets and guide you on Chapa train on time.
Come with Chapa Express train, Come with satisfied!
Note:
- One way ticket is available except high season.
- Ticket price is for one way and one person
- Ticket included snack, drink and cake in your cabin.
- Free of charge for children under 4 year old sharing parent‘s existing berths.
- WC is not cabin 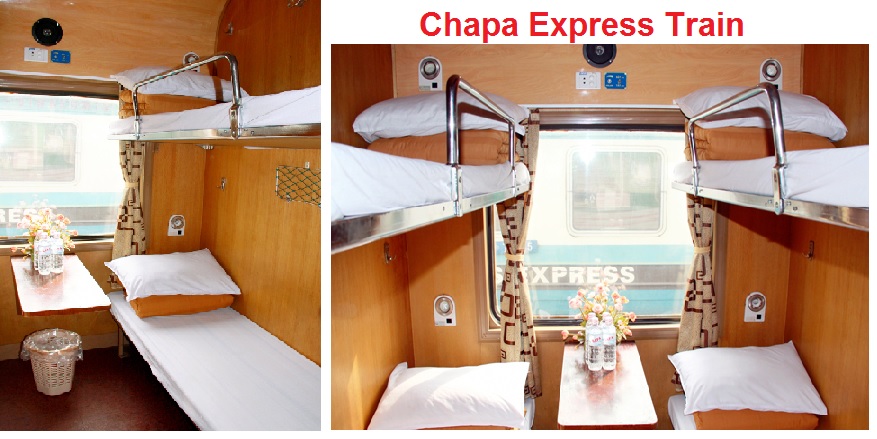